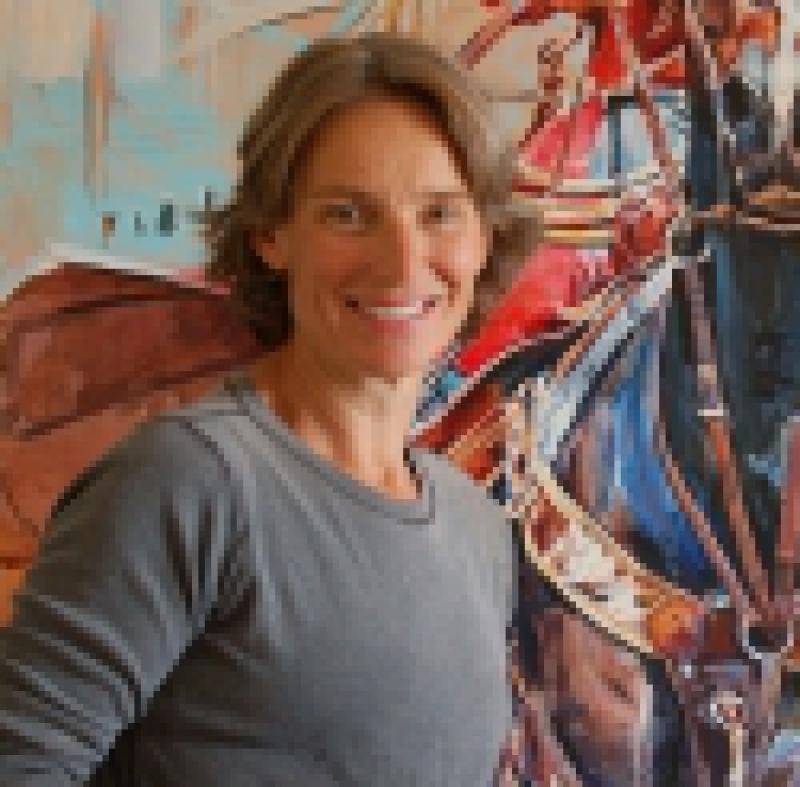 Sophy Brown
Head-spinning, hat-losing eight seconds of pure Americana.  Sophy Brown dramatizes the rodeo life with hair-raising exactness using just ink, charcoal or acrylic. Sophy’s paintings of life on the road with rodeo horses ready to chase the barrels or depicting a cowboy looking for a soft landing stretched out over a bucking bronc gives the viewer a sense of living in the moment.

Knowing her subject matter, Sophy paints the horse with precision – a complete understanding of the anatomy, the physicality, the graceful demeanor even capturing a pony’s subtle detections of unfamiliar movement all translating the emotion and unpredictability of the horse on canvas.

Artist Statement
I hope my paintings capture " the feel of the rush of life." I want to show what it is like to be amongst horses in a great open country. I paint as a means of capturing and the blood and bone responses of the horse in images of speed, freedom, alarm, curiosity and exuberance. In the horse's alertness and physicality I recognize our common nature and a manifestation of what in us is often hidden and complicated. I find subjects at rodeos, the sporting show-biz remnants of a practical past. The bucking horse paintings show an adrenaline-born moment when both horse and rider are tapping into their primary resources. They are about hanging onto a rough ride and getting a threat off your back. They are about strength, balance and survival. A cowboy image refers to that forthright, self-reliant, frontier-broaching man who kicked American progress into high gear. It refers to living close to the rigors and rhythms of nature, a connection that has increasing value in a world that is getting smaller with easy communication, travel and the pursuit, not of "happiness", but convenience. As we are aware of the changes in the world, we are reminded also of our own deep and instinctive nature. The critic John Berger says that man looks at animals across an "abyss of non-comprehension" and vice versa: we have parallel lives. He says the "animal has secrets which, unlike the secrets of caves, mountains, seas, are specifically addressed to man."  I was born in 1963 and grew up in England, coming to America in 1987 when I went to the University of Michigan to study for a MFA in painting. I had completed my BFA at Goldsmiths College of London University and was ready for a change of scene.

My painting when I first came to the US. was almost entirely abstract with an emphasis on geometry and growth patterns; a reaction no doubt to finding myself in an expansive and verdant country. Since then I have worked as a mural painter, depicting subjects ranging from land and seascapes based on Santorini in the Greek Islands, to a Tuscan landscape with life size portraits and tromp l'oeil, to a ceiling transformed to a ruined barn roof with blue herons flying overhead. I have murals in private homes and business centers in Michigan, New Jersey and Colorado, But it was a commission to paint a dressage arena with life size horses and riders that bought a lifelong appreciation of horses into the studio and gave me a new life and direction.

In Oklahoma, at Lovetts Gallery’s Fall Perspective, October 2009
In Arizona at the Cowgirl Up Invitational Exhibition and Sale in Wickenburg (2008, 2009 - 14).

Sophy’s painting "Greys" was awarded ‘Best in Show’ at the Heart of the West Art Show and Sale in Lander, Wyoming (2008).

"Work Ethic" was awarded ‘People’s Choice’ at the Weekend in the West Show, in Evergreen Colorado (2012)

Sophy’s work was showcased in the article Horse Play by Devon Jackson in the July 2008 issue of Southwest Art. Other articles include Women Capture the Power of Horses by Judy Archibald that appeared in the May/June 2008 issue of Wildlife Art. Horses in Art, fall 2011, a featured article, by Corinne Joy Brown. 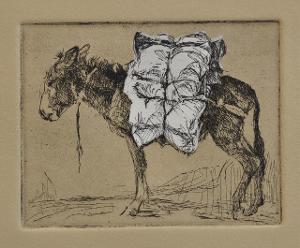 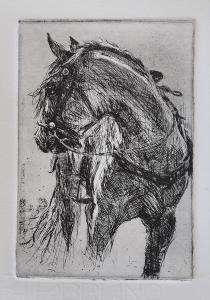 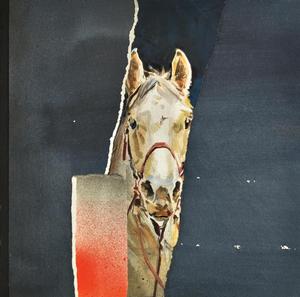 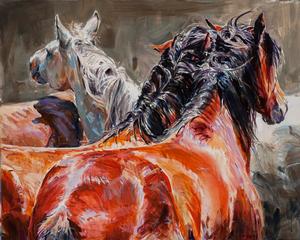 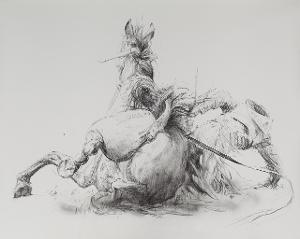 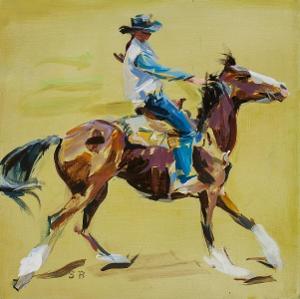 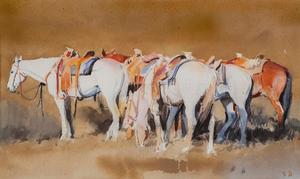