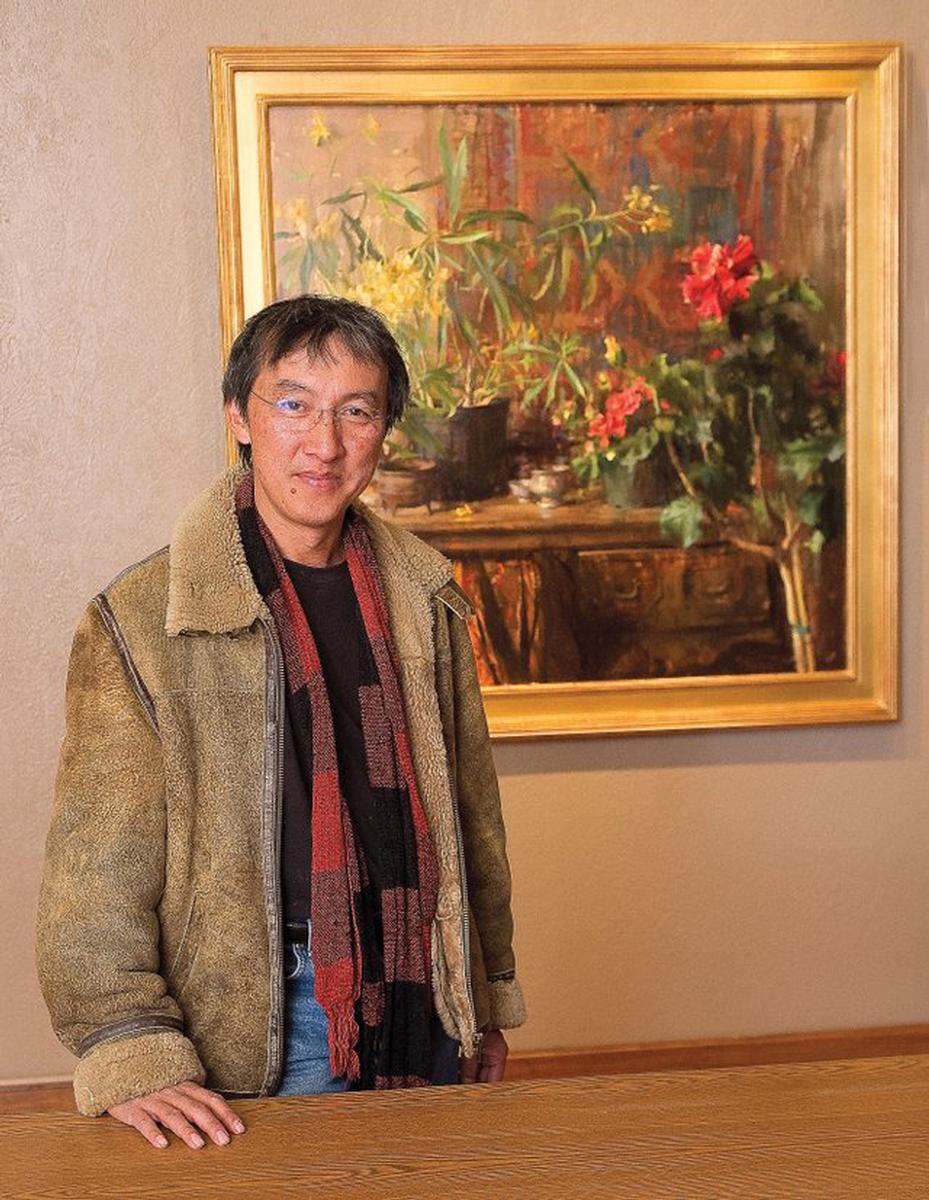 Quang paints in the moment. Spontaneity is paramount to his productivity - he likes to paint fluidly - not stopping until he is finished with a work. Quang says, "Ultimately, all painting comes down to six elements: line, shape, color, value, texture and edges.  Those are the basics.  It seems so logical now but it took centuries to get there."

Quang's artistic interest began at the early age of three and continued through grade school, high school, art school and led him to a very exciting and successful painting profession. In 1980, at the age of 16, Quang held his first one-man-show at Tomorrows Masters Gallery in Denver Colorado. The exhibit was a smashing success for the high school sophomore. In 1982, Quang's mother was killed in a tragic auto accident, leaving him the responsibility of raising four younger brothers and a six-year old sister. That same year, Quang attended the Colorado Institute of Art on a National Scholastics Art Awards Scholarship. At CIA Quang studied painting under Rene Bruhin, whom Quang credits with developing the foundation for his artistic understanding. Ho graduated from CIA in 1985 with Best Portfolio Award for the graduating class. An art dealer, Mikkel Saks, discovered his talent and promoted him in his gallery, which led to much success. He also teaches at the Denver Art Students League. He plays golf and reads philosophy and religion extensively. He is a great admirer of Andrew Wyeth.

Ho's clients include Adolph Coors Company; Upjohn, Safeway, Colorado Symphony, Chicago Symphony. Quang's illustration works have been featured in the Illustrators Annual and exhibited at the Museum of American Illustrations; and the Communication Arts Illustrations Annual during those years. Working mostly in oils and occasionally watercolor and pastels, Ho's subject matter ranges from still-life, landscapes, interiors, and dancers, to figuratives. "Subject matter is not really important to me. I can find visual excitement all around me as well as on the canvas—from a knot on a tree, graceful limp of a flower wilting, to a juxtaposition of a few simple shapes and colors...inspirations are inexhaustible."

"Realism and abstract—it's all the same to me. The real essence of painting is the dialogue between shapes, tones, colors, textures, edges, and line. Everything else follows-including light, form, concepts personal beliefs and inspirations. For me, painting is a marriage between the mastery of those 'basic visual elements; the discoveries and understanding of visual statements (the search for what is true on a personal level artistically); and the trust in ones own wordless intuition and inspiration. Understanding gives rise to higher understanding. Working this way allows me to open the door to new ideas and inspirations. One day I may be interested in a color statement, and the next may be a relationship of simple shapes, and the next an extremely complex arrangement of texture and edges...With every painting there is a singular visual thought to be completed." 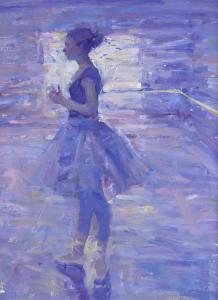 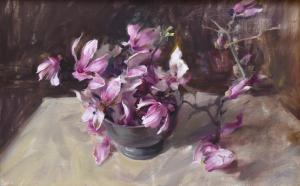 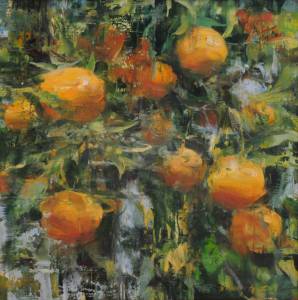 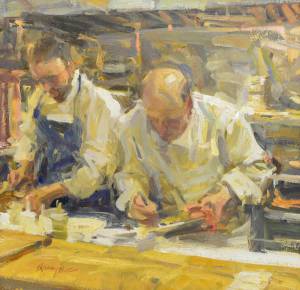 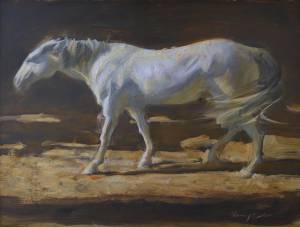 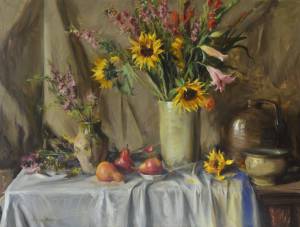 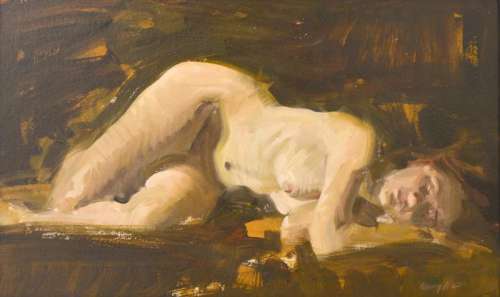 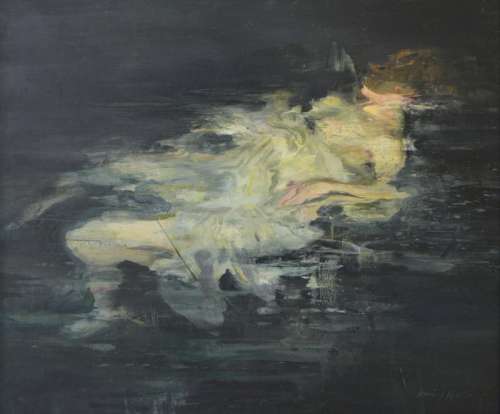 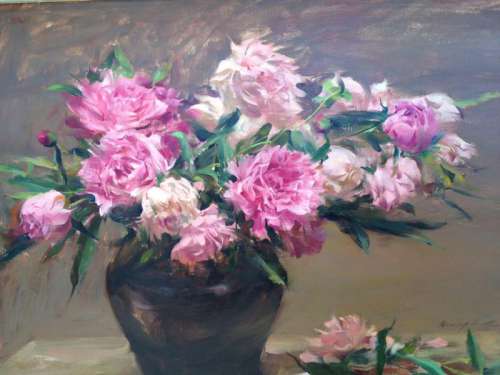 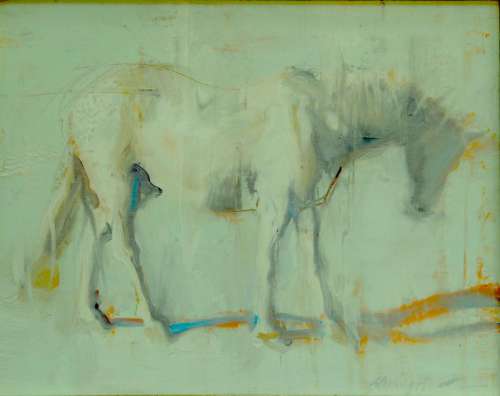 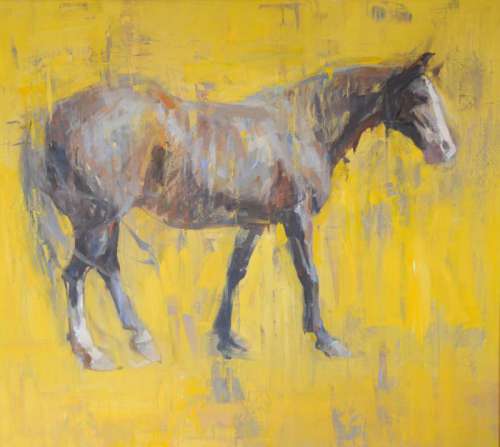 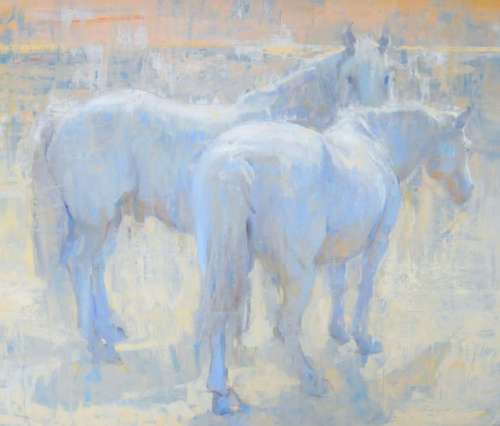 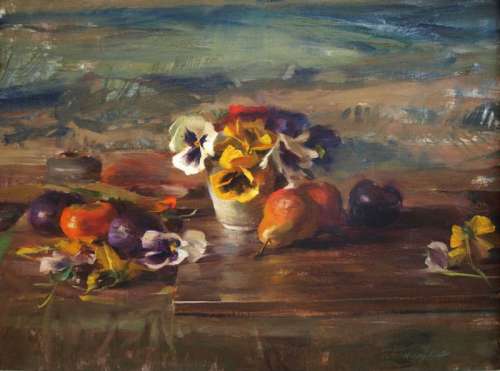