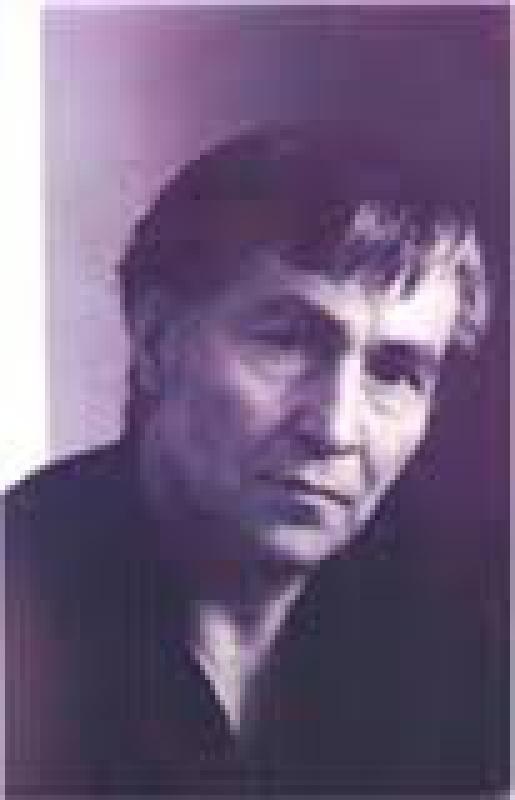 In 1960, Paul Kontny decided to relocate to the Mile High City from Nuremberg, Germany.  He had enjoyed a successful career there after World War II but, like many artists before him, he quickly became enamored of Colorado’s healthful and sunny climate, the freedom of its wide open spaces, and the Rocky Mountains that reminded him of the Bavarian Alps.  In the early 1960s he was one of only a few European-born professional artists in the state, a select group that included Herbert Bayer (1900-1985), a member of the prewar Bauhaus in Weimar and Dessau, Germany, and Roland Detre (1903-2001), a Hungarian modernist painter cured in Denver of his recurrinig tuberculosis.

Born in Siemianowice Slaskie, Poland, to a prosperous pastry shop owner, Kontny started painting and drawing as a young man.  In 1940 he enrolled as an architecture student at the Technical College in Breslau, Germany, His studies were interrupted by WWII when he was drafted by the German Army.  As a member of the 62nd Silesian Infantry division, he fought in many battles on the Eastern Front. Despite the hardships, he still possessed the spirit of an artist, and recorded his impressions of the harsh landscapes he encountered on paper bags and butcher paper.  He was captured by a British army unit in Italy in the final months of the war.  Even under these circumstances, his artistic talents prevailed; in the prisoner-of-war camp, the colonel in charge sent him with an armed guard to sketch places of interest.
In the years following the war, he lived in Nuremberg and became a member of the Nuremberg Architects Union, an organization that helped to rebuild the city’s devastated historic center.  This work, combined with his prewar studies in architecture, accounts for the unique structural quality of his later paintings and works on paper.

Key influences during his European years included German pastelist C.O. Müller (1901-1970), German Informel painter Karl Dahmen (1917-1981), and Swiss artist, Hans Erni (1909- ).  He traveled widely as well, visiting the major museums in Germany, France, Spain and England and searching for subject matter in Italy, Yugoslavia, Greece and North Africa.  By the time he arrived in Denver, he had an impressive European resumé of affiliations with the Schöninger and Stenzel Galleries in Munich, and shows at galleries and museums in Dusseldorf, Essen, Nuremberg, Frankfurt, Stuttgart, Basel and St. Moritz.  The Little Studio and Seidenberg Gallery in New York also had exhibited his work.

He quickly established himself in the Denver art community through exclusive representation for more than a decade by Danish-born gallery owner, Lemon Saks.  His work reached beyond Colorado, however, and his paintings were shown at the Philbrook Art Center in Tulsa, the Museum of New Mexico Art in Santa Fe, the Palm Springs Desert Museum, and the Maxwell Galleries in San Francisco.

From his home-studio base in Cherry Hills Village Kontny often drove with his family to gather material for paintings of the Indian pueblos in New Mexico and Arizona and the Plains Indians in Wyoming and Montana whom he read about in Karl May’s adventure novels as a youngster.  The pueblos’ architectural layout prompted him to perfect his signature marble dust technique begun in Europe.  On gessoed masonite panels he used marble dust paste to sculpt the architectural forms to the desire texture.  When completely dry, he enriched the surfaces with applications of oil glazes.

He used the same technique for three non-representational series he pursued to the end of his life – Cosmos, inspired by the Apollo 11 moon landing in 1969 and Carl Sagan’s Cosmos television series in the 1980s; the Age of Technology, symbolizing his admiration for modern technological achievement; and Ancient Memories, synthesizing his life-long interest in the ancient cultures of Egypt, Mesopotamia and Babylon, as well as those of the Aztecs, Mayas and Incas of the Western Hemisphere.

After relocating to Denver, his frequent travels to Europe, Mexico and Hawaii provided a wealth of new subject matter, along with portraits and still lifes.  To keep his eye fresh he did hundreds of ink drawings throughout his career.  He likened them to a pianist’s need for daily keyboard practice.

Apart from his disciplined, daily studio schedule, Kontny willingly trained a younger generation of professional artists, sharing with them his extensive knowledge of art history and the techniques of his facility in oil, watercolor, pastel and drawing.  Among those benefiting from his instruction were Lorenzo Chavez, Tim Cisneros, Len Garon, Carol Katchen, Desmond O’Hagan, Leon Loughridge, George Tate, as well as David Isenberg and Janet Brooks-Gerloff in Europe.

The description of his work half a century ago by his Denver dealer, Lemon Saks, has lost none of its validity: His work, like life itself, is full of contrasts in which objective and abstract art are seen, at times, to touch.  This is Kontny’s signature and he follows it up with a masterly change of style and manner.  Delicate pastels, stimulating watercolors and rich oils are all created in his own original form and design.  Without distortion he brings forth a sensuality – an emotion.  A master, he paints with brilliant freshness, simplicity and depth. 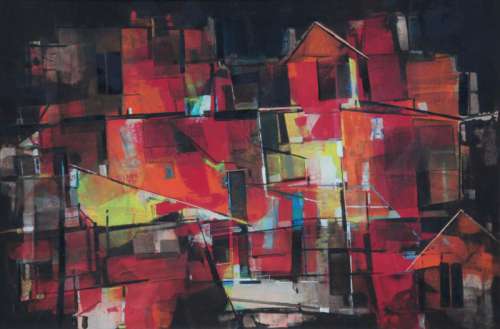 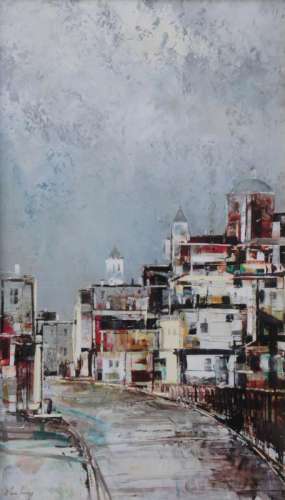 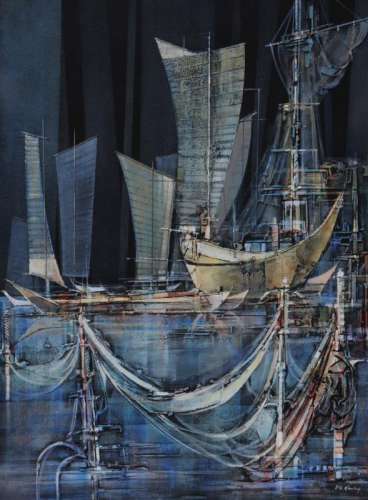 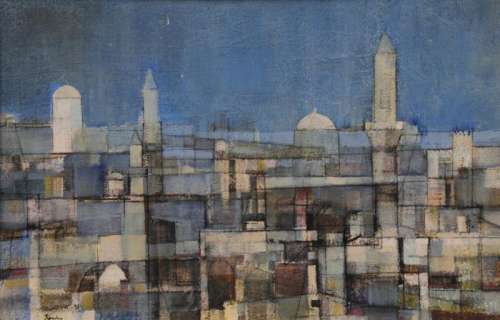 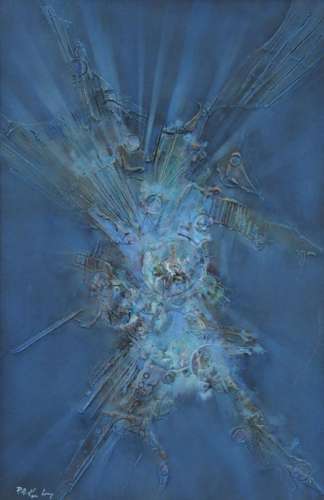 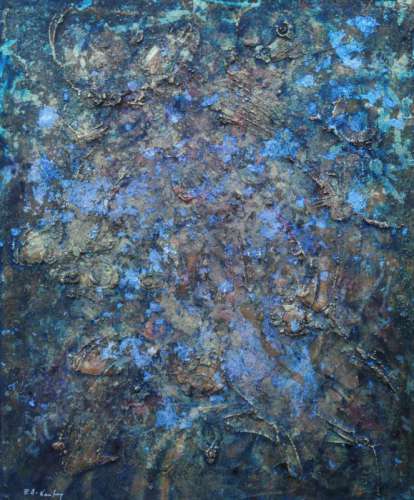 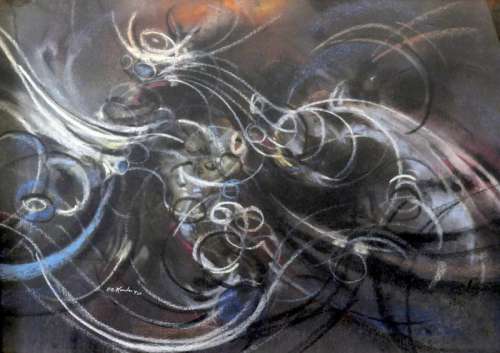 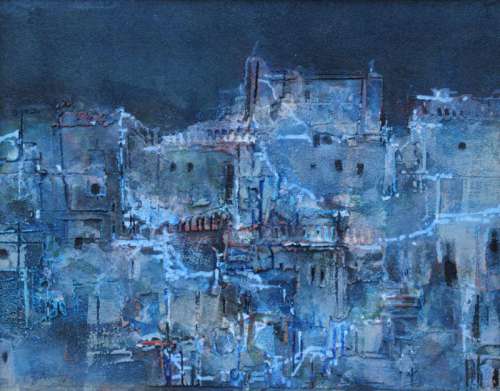 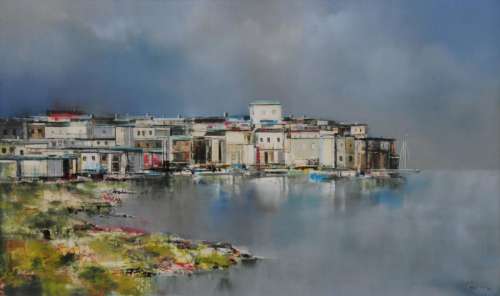 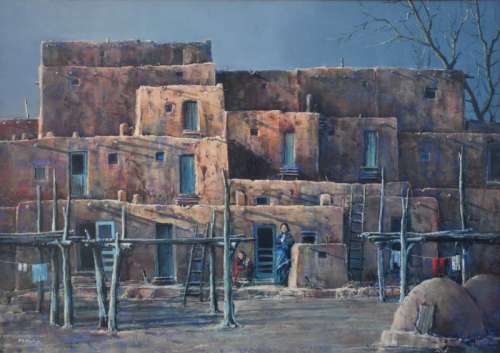 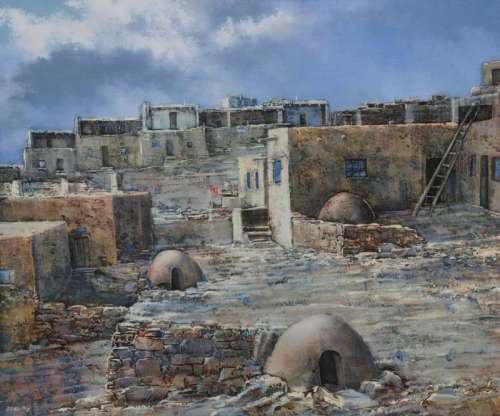 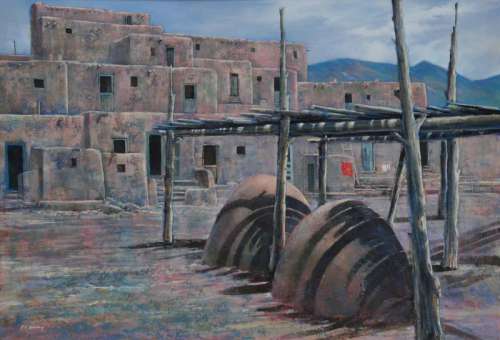 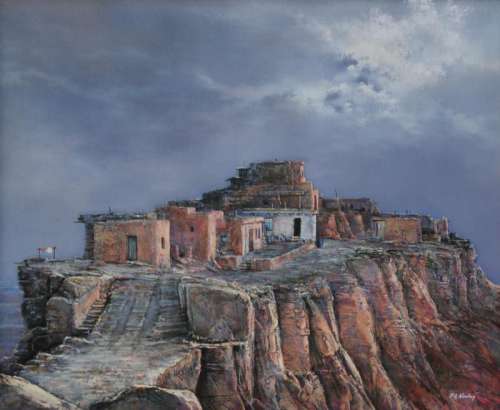