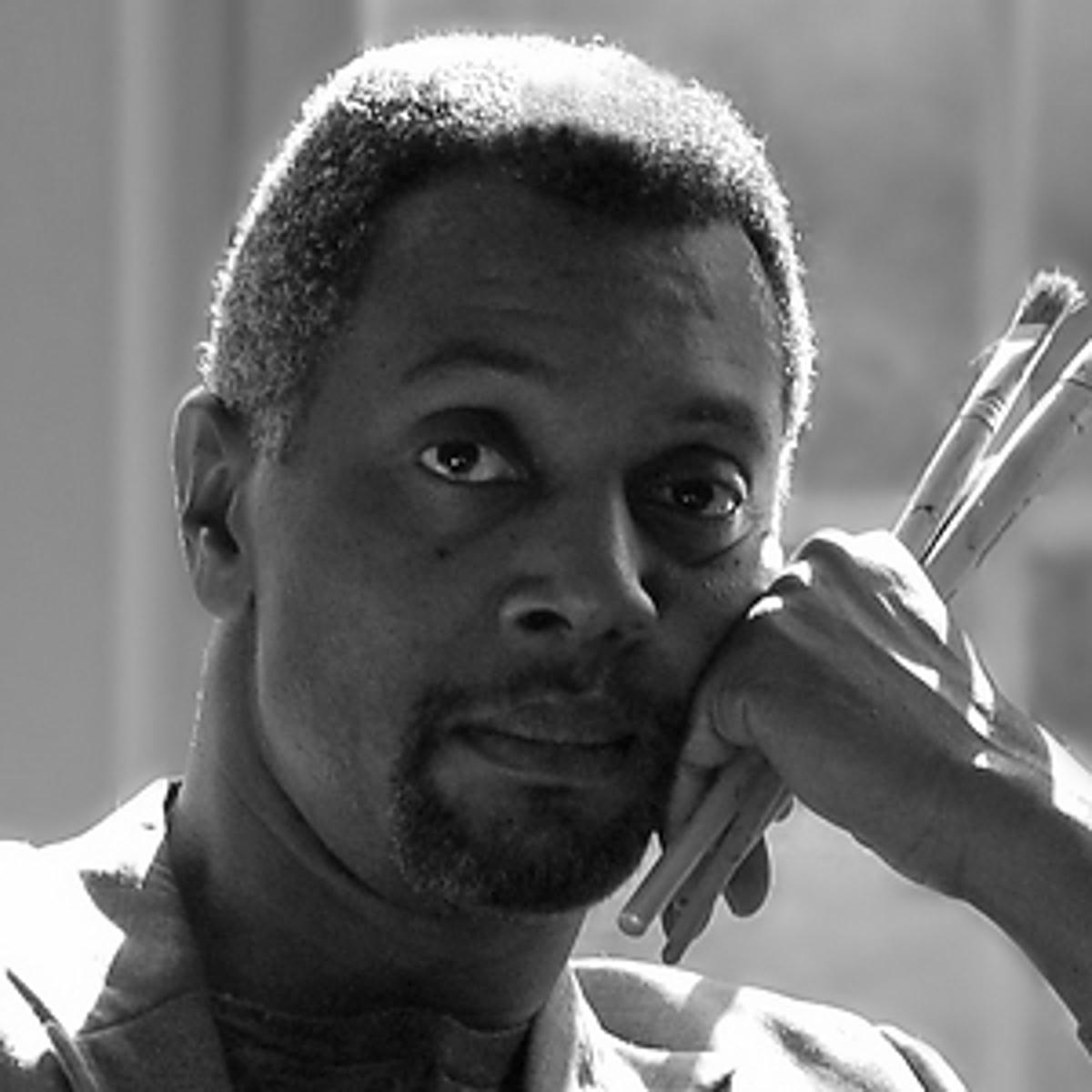 Michael Godfrey is a true American landscape painter.  He is revered by his peers and highly sought after by his collectors. He has a deep understanding of the land, which enables him to depict its beauty.

Most of us stand on awe as we view of his depictions of the Shenandoah Valley, the Green River in fall or the majesty of Loch Vale at sunset. We press to study his careful use of detailed brushstrokes in snow scenes and the power he portrays in the lure of a dangerous pacific coastline.

It seems Michael Godfrey is an enigma; he can paint anything into a moving, powerful striking scene.  It’s as if he builds a secret message into each of his paintings – they just keep us mesmerized.

He travels the country to paint and then blogs about his experiences.  While his paintings reflect a very serious man – he has an equally funny side to him.  It is a privilege for Saks Galleries to represent this stellar artist

Michael Godfrey is a representational landscape artist whose work hangs in many private and corporate collections.

Born in Germany in l958 and raised in North Carolina, he earned a BFA in Fine Arts from East Carolina University. Over the past 25 years Michael Godfrey has traveled extensively throughout the United States and Europe painting landscapes. He spends hours field sketching and photographing, preparing for a well thought out painting. Typically, he starts a major work using small oil studies done on location. These field studies provide color accuracy and photographs provide special details. Godfrey composes his paintings from on site sketches in the field and photography references.

In studio, work progresses in successive layers of paint and light is orchestrated to create a painting that appeals to his internal sense of order. “A landscape artist has to have some knowledge of many disciplines (geology, chemistry, physics, architecture), to understand the world in which they are trying to create. An artist must observe with the idea that what is observed must be interpreted and distilled. For a landscape artist, it is just as important what you do not include in a work as what is eventually laid down. I ask myself, what is the dominant truth – is it color, shape of land forms, or time of day? I try to get an understanding of what I am seeing, so that the final work will capture the visual emotion."

Art from the Parks – Rachel Rubin Wolf; From Sea to Shining Sea 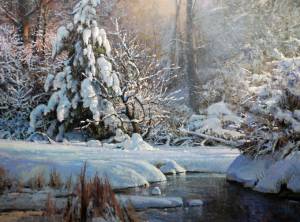 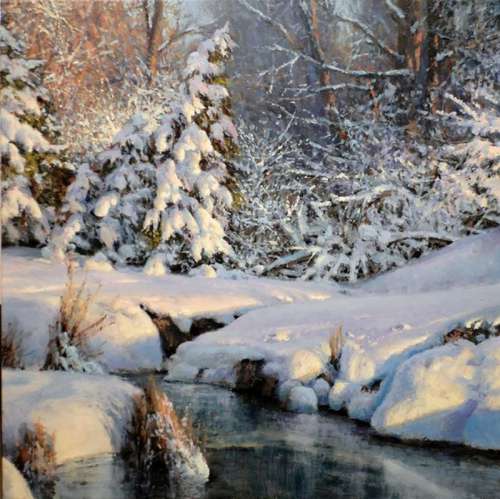 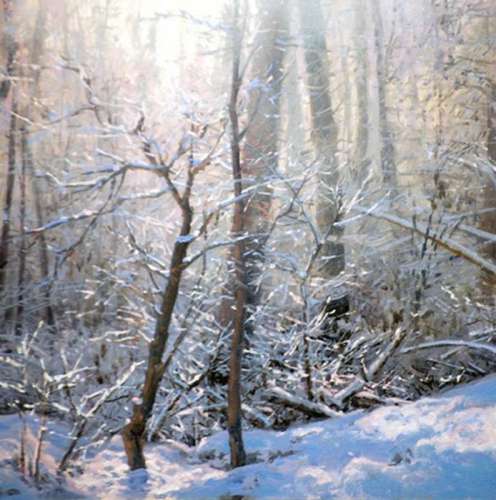 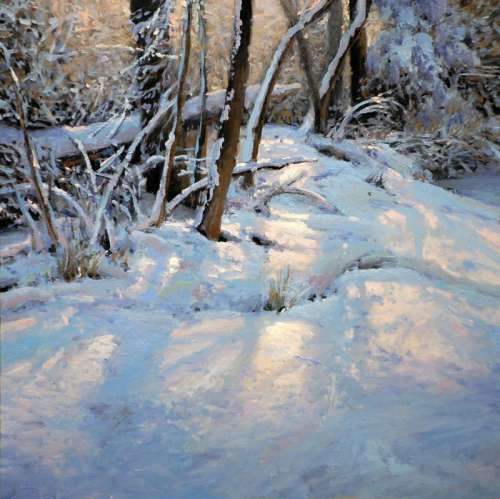 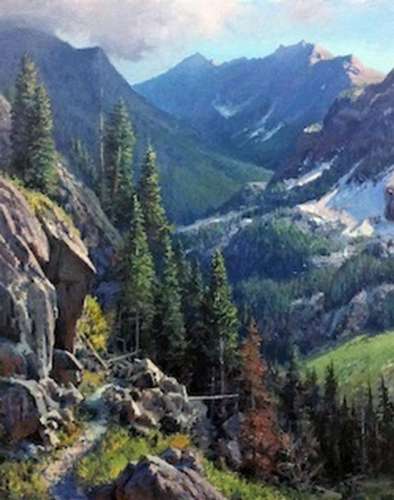 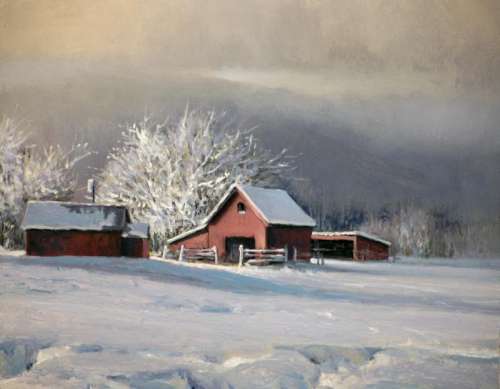 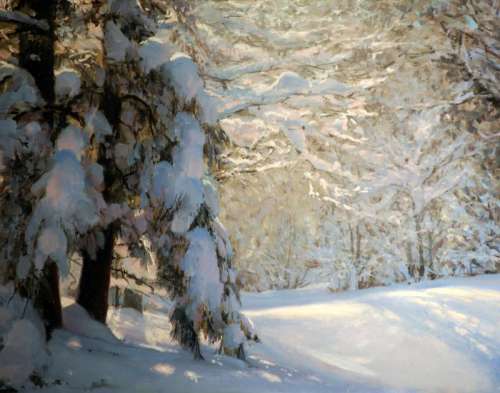 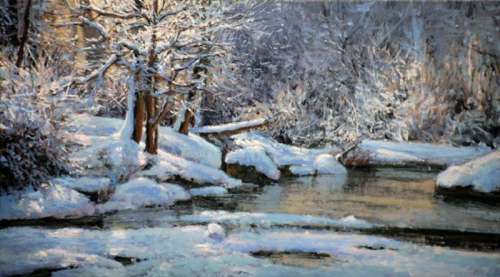