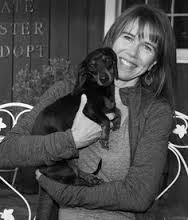 Jackson hole artist September Vhay is an impressive talent in animal art. She has recently won a first place award in the painting catagory of The Ex Arte Equinus International Competition, has been chosen by Southwest Art to be in the ‘21 over 31 artists with careers to watch’ and also won the Trustee’s Purchase Award at the National Museum of Wildlife Art’s Miniatures Exhibit. She has shown her work at prestigious national shows such as ‘Birds in Art®’, The Coors Exhibit, Cowgirl Up, the National Museum of Wildlife Art’s Western Visions Exhibit, The American Academy of Equine Art, The Cowgirl Hall of Fame, and The American Watercolor Society. She has won numerous awards in the last five Ex Arte Equinus International Equine Art Competitions.