The McKenney-Hall Indian Gallery -- A Brief History
by Mikkel Saks 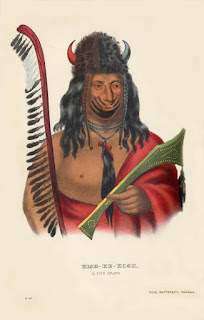 Thomas McKenney was appointed Superintendent of Indian Affairs in 1916 by President James Madison.  He championed Native American causes for the next several decades at a time when tribal culture was often on a collision course with land-hungry whites and the U.S. Government.  In the winter of 1821-22 a large delegation of Pawnee, Sauk, Fox, Menominee, Miami, Sioux and Chippewa Indians came to see the 'Great White Father', President Monroe in Washington D.C. Whenever a treaty was negotiated there was a parade and a distribution of gifts, such as peace medals, flags, and uniforms.  Reports from the period describe the Indians as being larger-than-life celebrities, a social success in the city, together with stories of drunken brawls and Indians parading down Pennsylvania Avenue.
McKinley worked tirelessly on his Indian Gallery, a collection of artifacts and portraits of the visiting Indians by the famous painter Charles Bird King.  In his office at the War Department, McKenney's walls were hung with Indian portraits -- a full size canoe hung over the door.  Bows, arrows, ceremonial pipes and buffalo hides were all displayed.  The office became a museum of the Indian people.  However, in 1830, McKenney was dismissed by President Jackson -- they had quarreled about the removal of the Cherokee from their homeland.  McKinley had also battled with a Congressional committee investigating his expenditure of $3,100 for the Indian portraits.  Therefore, it was on his own that he launched a project to publish a series of large portfolios with hand-colored lithographs made after King's original paintings.  Accompanying texts were written by James Hall, a frontier writer and editor, based on material provided by McKenney's extensive research.
Along the way, McKenney was near poverty, one of the publishers went bankrupt, and there were myriad obstructions in convincing the publishers and lithographers to keep working on the project.  It was somewhat of a miracle that the set of lithographs came to completion.  There were 120 images in total.  The first Volume was issued in 1836.  Volume II, from a different publisher, came in 1838, and the last Volume in 1844.  Printed almost 200 years ago, it has been estimated that the cost of production at the time was the princely sum of $100,000.  It is not known how many sets were actually made.
In 1865 there was a fire at the Smithsonian Institution in which the original Charles Bird King paintings were destroyed.  Therefore, the only remaining record of pre-Civil War Indian delegations to Washington that remain are the Mckinney-Hall hand colored lithographs.  They are magnificent works and faithfully record the features and dress of celebrated American Indians. 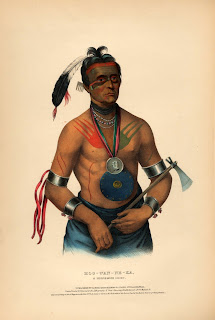 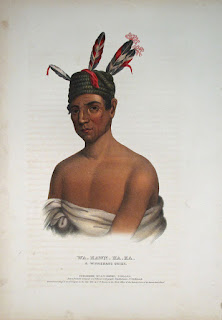 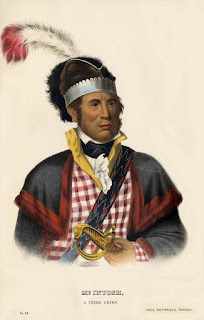 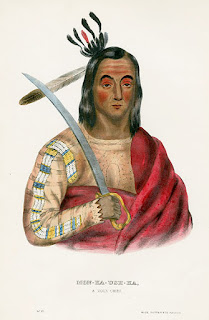 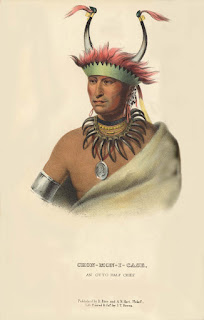 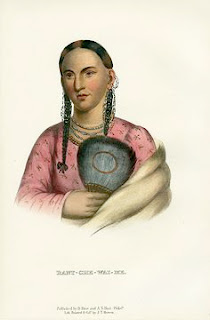 Stop by Saks Galleries to see the entire collection.